Girls are quick to tag boys as cheaters but in the actual sense, it is girls who cheat the most in a relationship.

In a video that was uploaded on the Twitter social media platform, a boyfriend has caught his girlfriend cheating on him with another man.

The said boyfriend who was given a call by his friend who happened to be in the same eatery where his girlfriend was with another man. When the boyfriend arrived at the eatery he was so disappointed and he did next was surprising. 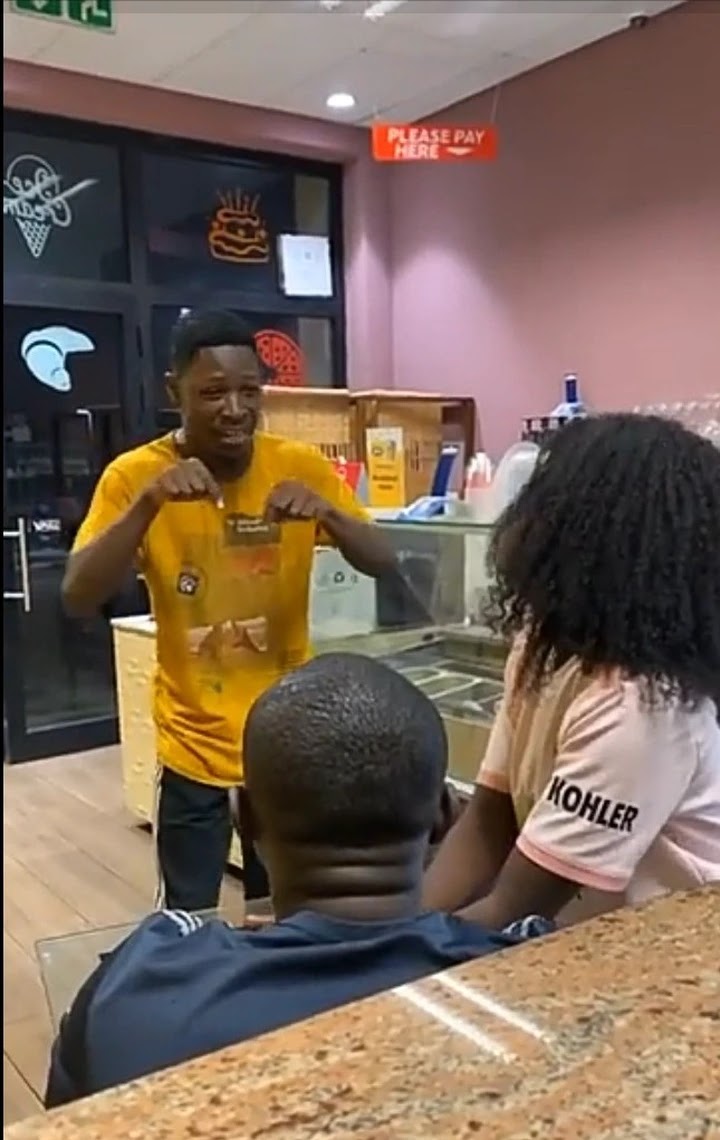 The boyfriend was heard in the video saying to his girlfriend “Give me the wig you’re wearing, I was the one who bought it for you, do you know how much I bought this wig?” After that, the boyfriend was seen in the video wearing the wig and walking out of the eatery utterly disappointed. 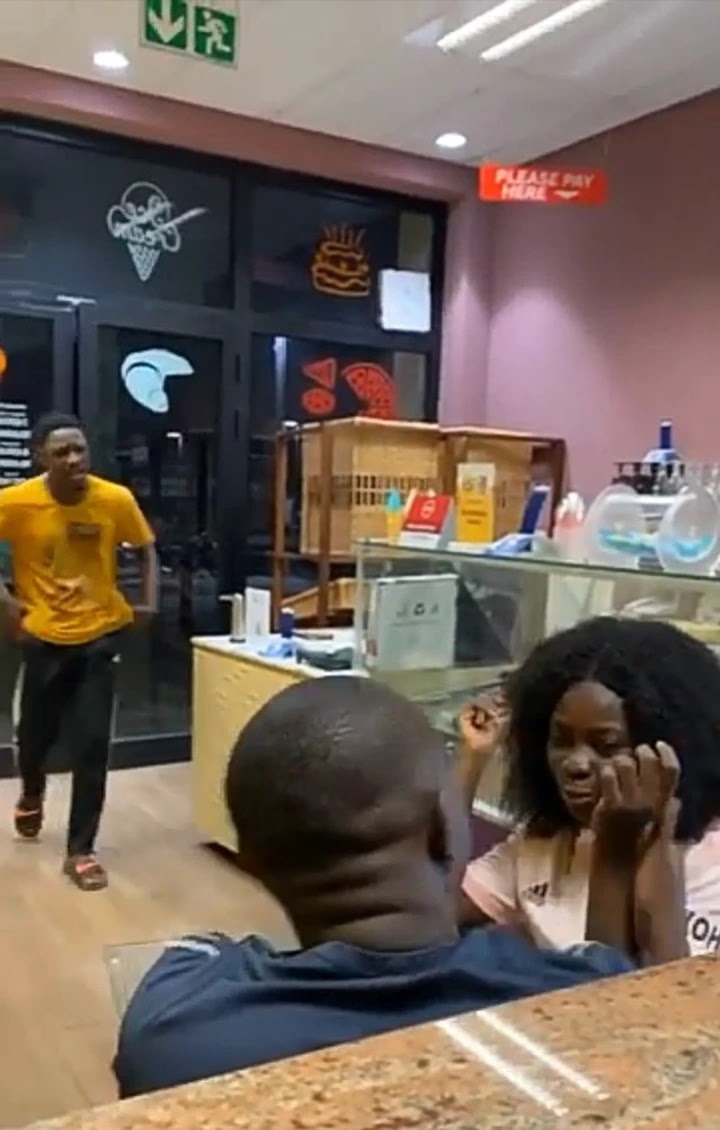 However, his friend who called him and was secretly recording all that was going on was heard laughing so hard at the background of the video.