Big Brother Naija star, Kiddwaya and his manager, Linek are currently under fire on social media, as Erica’s fan accuses them of teaming up to play their favourite. 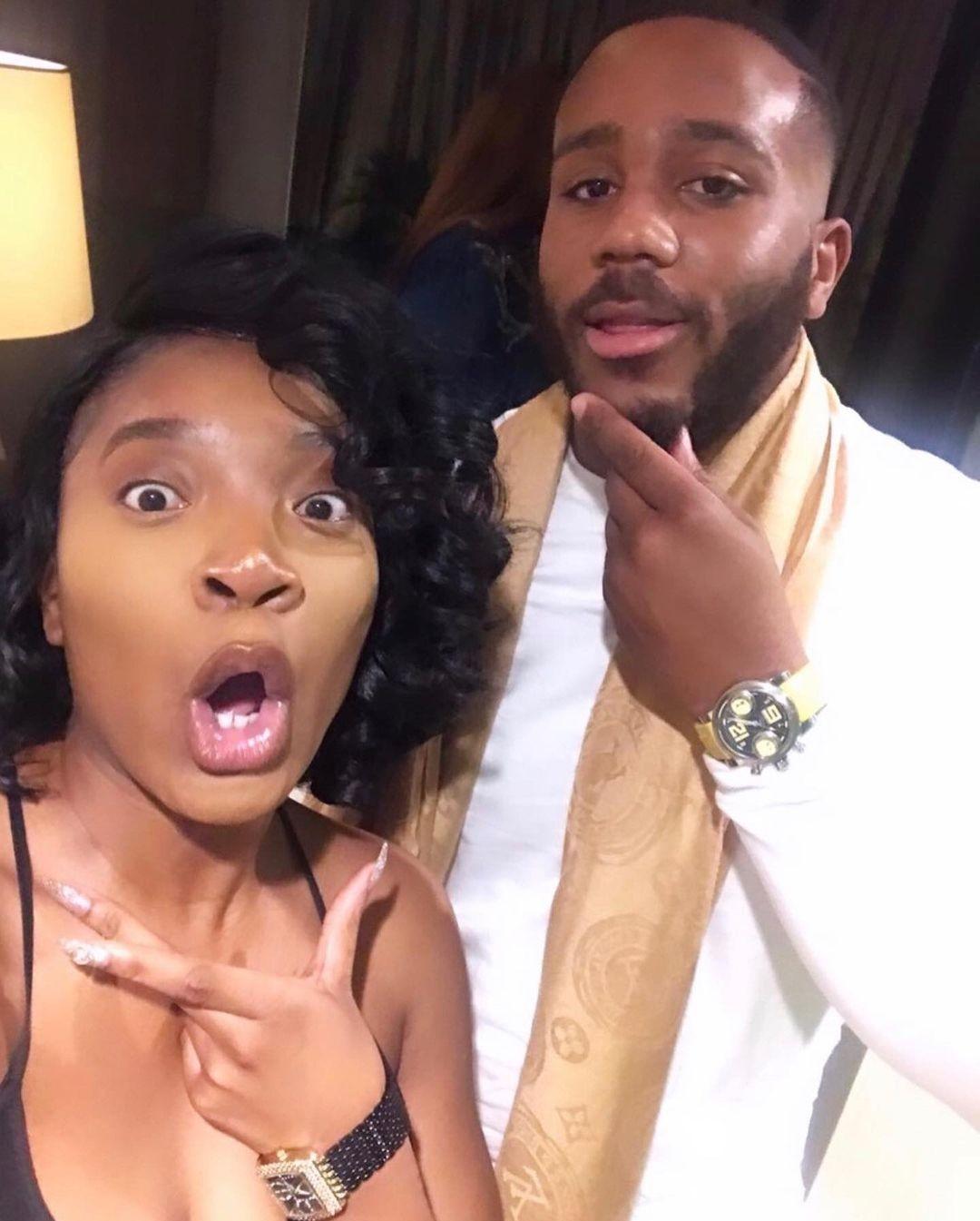 It all started when the billionaire son and Erica’s love interest shared an alleged screenshot of a DM he received from Erica’s fan, who dragged him and his late grandmother over a recent interview he did.

In a recent interview with Tofarati Ige, a correspondent of PUNCH newspaper where he spoke about his childhood, career, family and relationship, Kidd stated that he doesn’t have a love life and this angered some Erica’s fan. 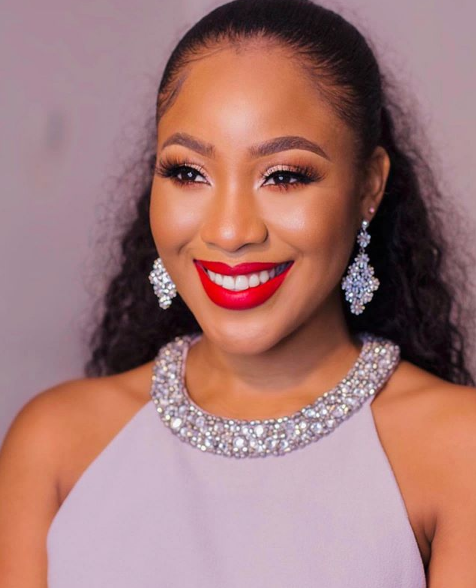 Meanwhile, after the Interview was aired Kiddwaya shared a screenshot of a chat he claimed to have received from one of Erica’s die hard fan.

In the chat the fan dragged the reality star for not acknowledging Erica in the interview.

However, fans of the star girl popularly known as Elites have claimed that the chat posted by Kiddwaya is fake, and was staged by Kiddwaya and his manager Linek to play Erica and tarnish the image of elites.

Here are some of their reactions,

Let’s see the time constraint.
I want to understand something but it’s not making sense.
Posting of lost 20:25
And linek getting the dead dm 10:13..
How did the troll got to know before the fans?
Please help me understand before I turn FBI pic.twitter.com/faKIRMJY8B

Things I noticed about the screenshots from yesterday ,
•the missing unread DMs notifications, tweets
notifications (not possible for Terseer’s account not to have any)
•Typical bbn troll won’t say “chat rubbish” or call you “bro”
•Timezone (linek’s own) pic.twitter.com/kfoOhDh0Wb

How can you move from attacking Erica to shaming Linek without moving to the man? She’s mad but get to the root.
How can you baby Kiddwaya so much?
So now he’s being controlled and manipulated?
So all the ‘na man you be’ was for who? Abi manhood do usually off and on? 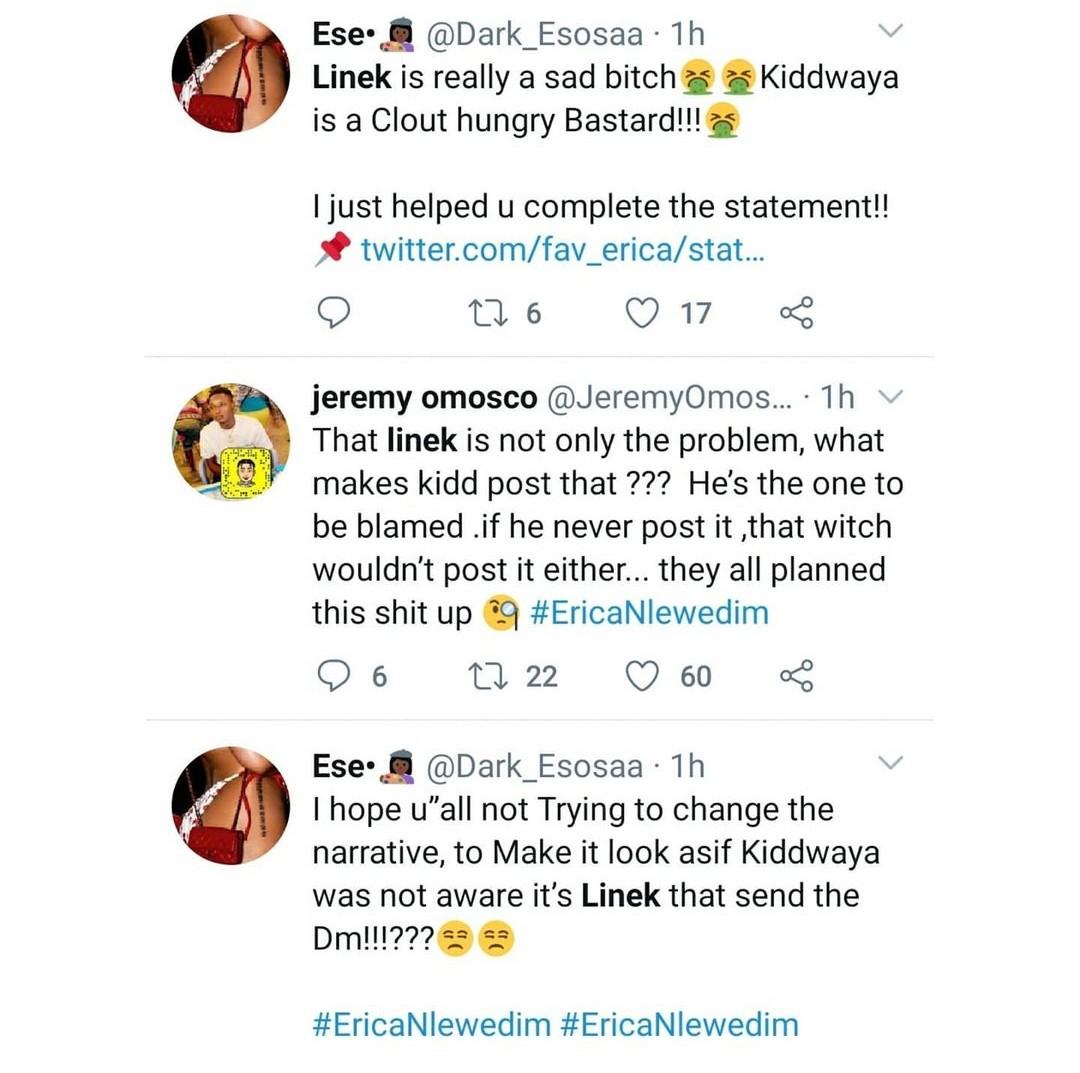 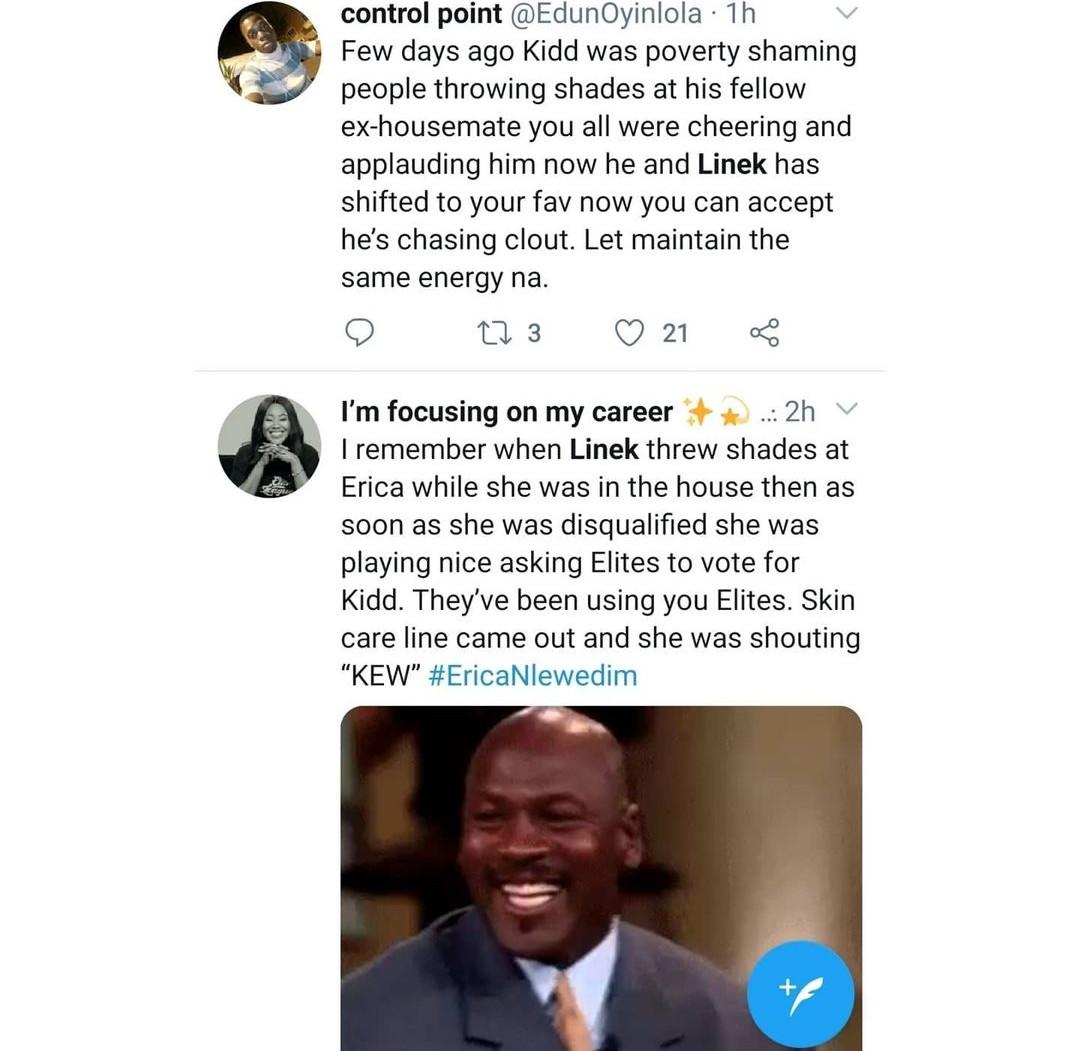 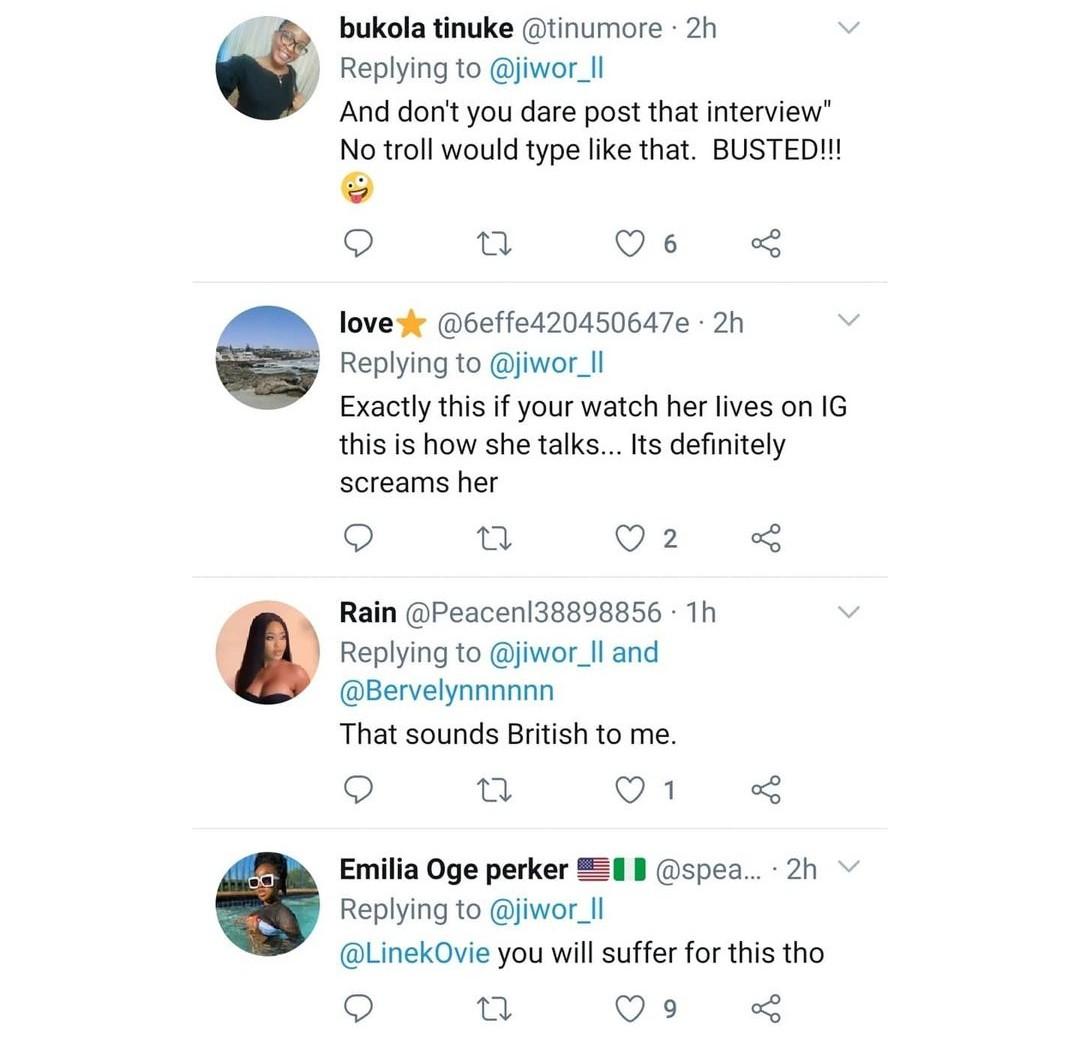