Popular Nigerian lifestyle vlogger, Toke Makinwa has advised people to develop the courage to be disliked. 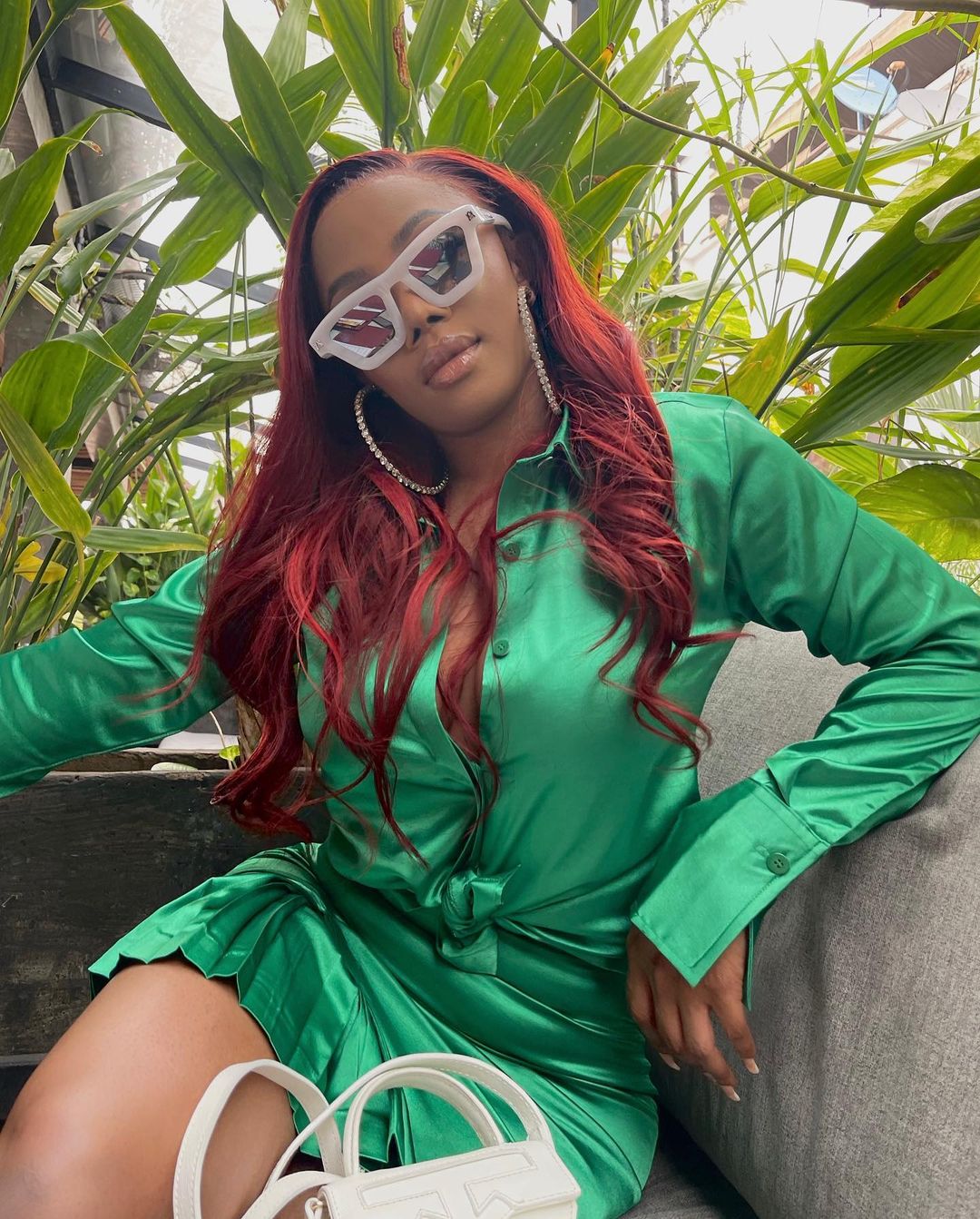 The media personality who is currently under fire on social media over her “money for hand, back for ground” tweet opined that public validation does not increase ones net worth.

According to Toke the only way to live a happy and fulfilled life is to “Do you” regardless of what people say.

She noted that only few people can boast of being at the liberty to be themselves in the world of today.

“Have the courage to be disliked, public validation does not put money in your pocket. Your lane might not be popular but you are living your truth and that’s so much more than a lot of people in the crowd can boast of. Do YOU”. 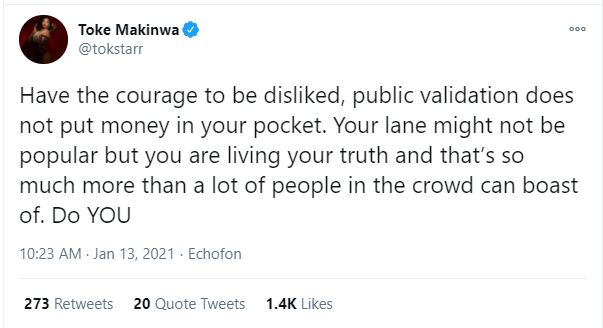