A controversial statement of a man identified as Prophet Mufasa, has generated mixed reactions from social media users.

The man said he can’t date a woman who isn’t afraid of him. According to him, his woman must know that she will die if she offends him.

“I can’t date a woman who doesn’t fear me to some extent, she needs to know her life will come to an end if she wrongs me.” 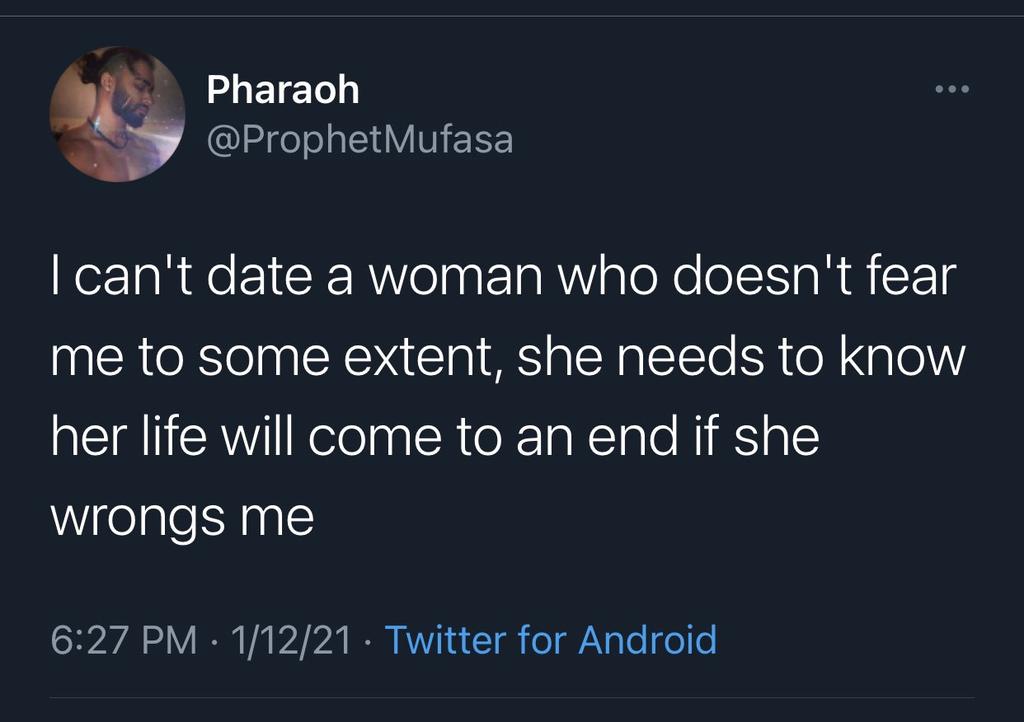 The twitter user has now deleted his account after he was slammed by Netizens and accused of being a potential woman beater.

See some of the reactions below,

@VibrantSoul9 wrote, “He beats women probably. He has issues with control and power.”

@amaralola_ wrote, “It is your own life that will come to an excruciatingly painful end for wishing this on someone else’s daughter. Mongrel.”

@ProdigyDeezy wrote, “Gotta keep this nigga under surveillance, he can’t be trusted.”