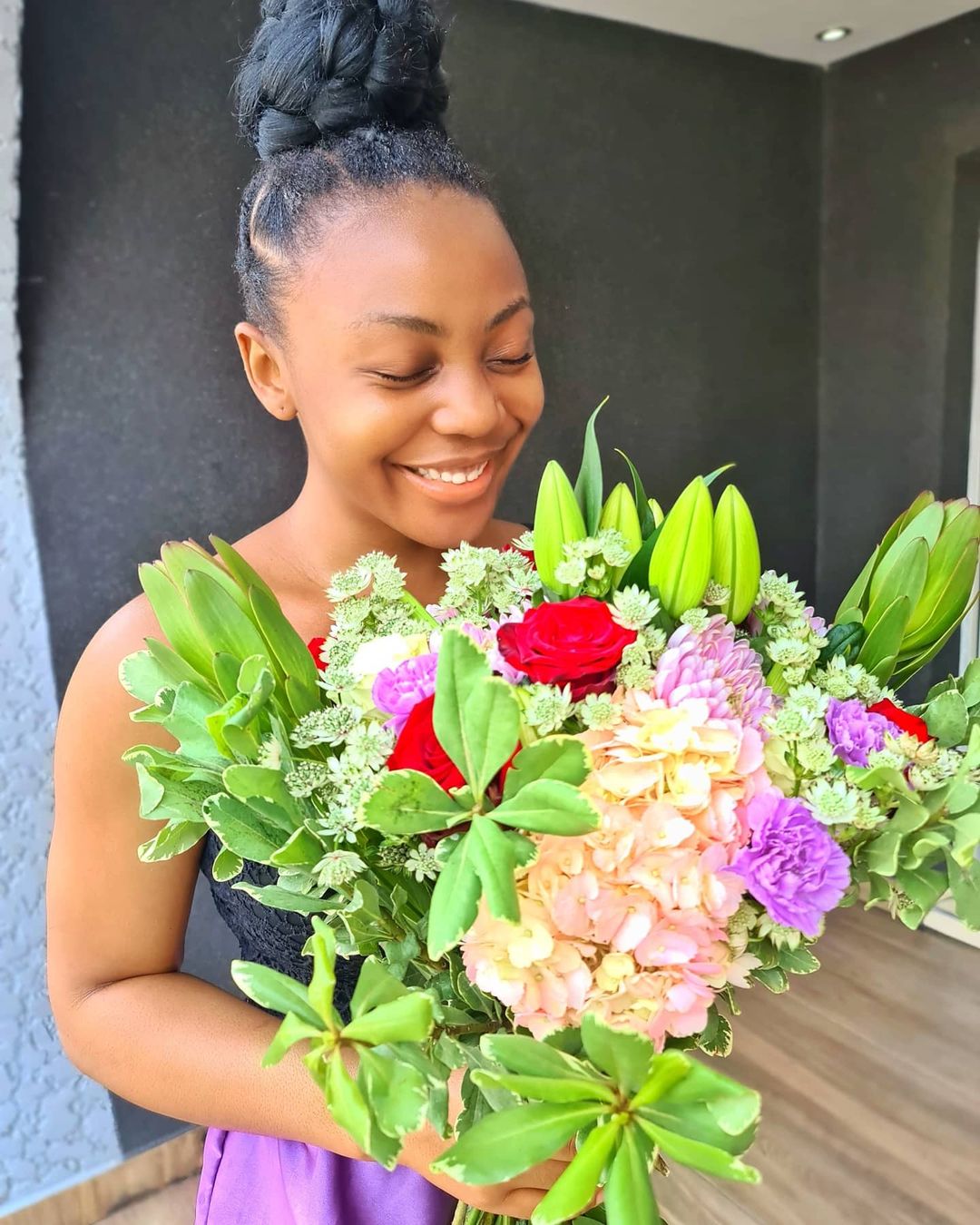 According to the entrepreneur, men also deserve to be showered with expensive gifts, noting that sex, singlets, and boxers are not Valentine’s Day gifts.

Ifu Ennada further advised women to take their time to be sure of what their men would want and appreciate. Using herself as an example she stated that if she had figured out what men want she wouldn’t have lost her ex-boyfriend to someone he always claimed was his cousin. 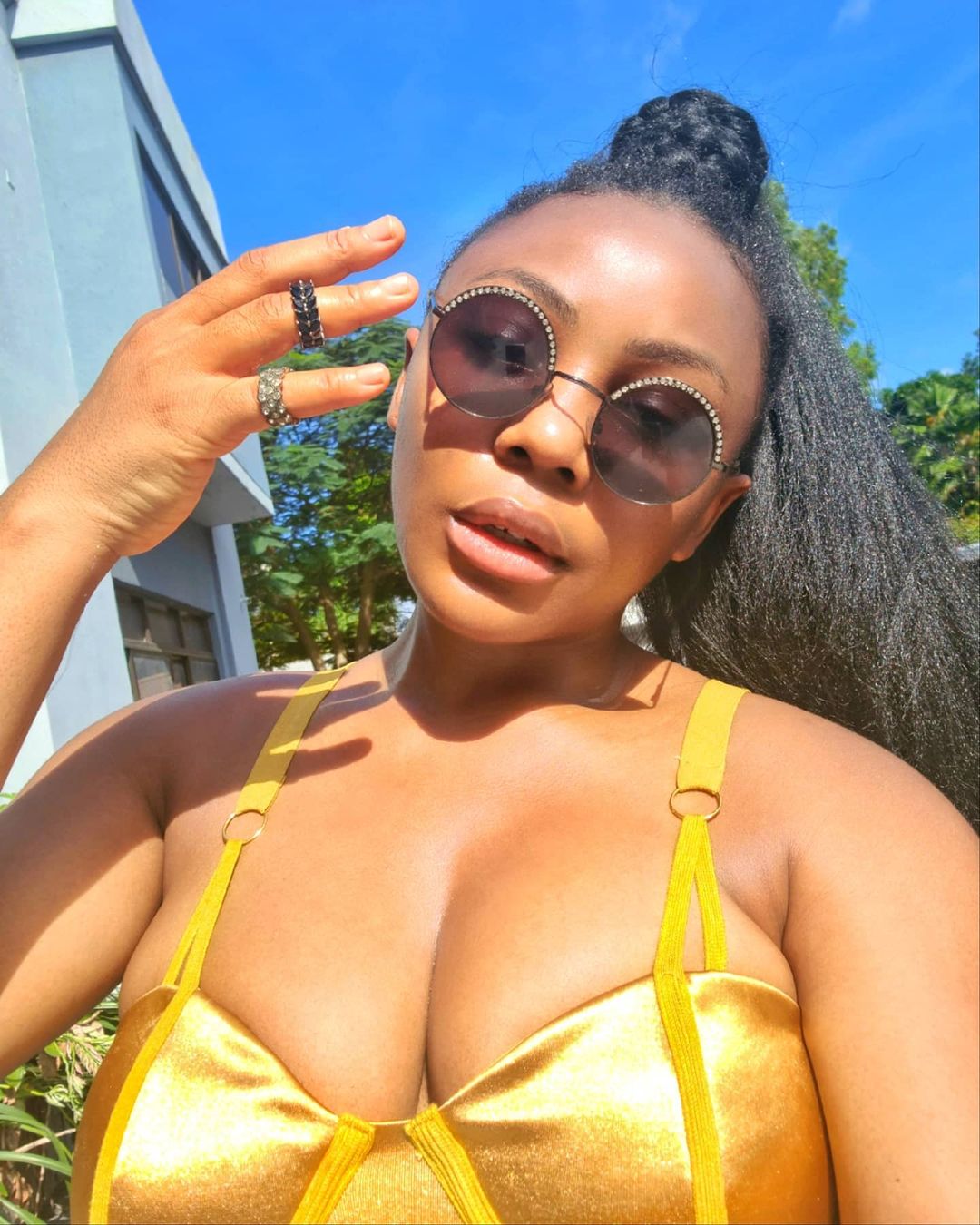 “Dear Girl.. start saving money to buy him a valentine’s day gift. dem no forbid you to do for am too. PS: leave Boxers and singlets alone this year, except they’re designers…

“What men want? If I could figure this out, my EX wouldn’t have married the girl he told me was his distant cousin.

“But, seriously speaking, just identify what your man likes and see what you can comfortably afford. Doesn’t have to be expensive, so long as no be Boxers & Singlets” from that year”. 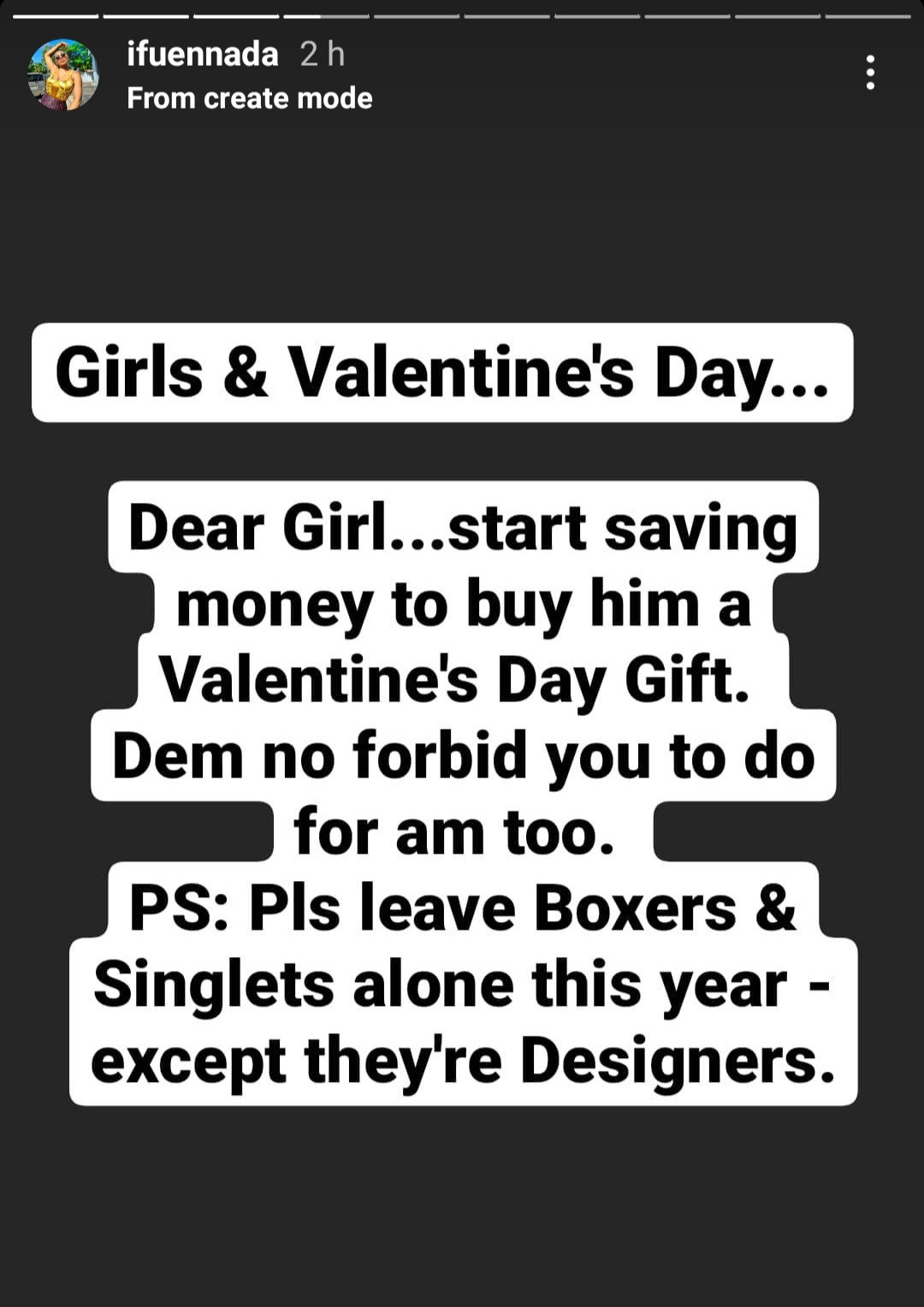 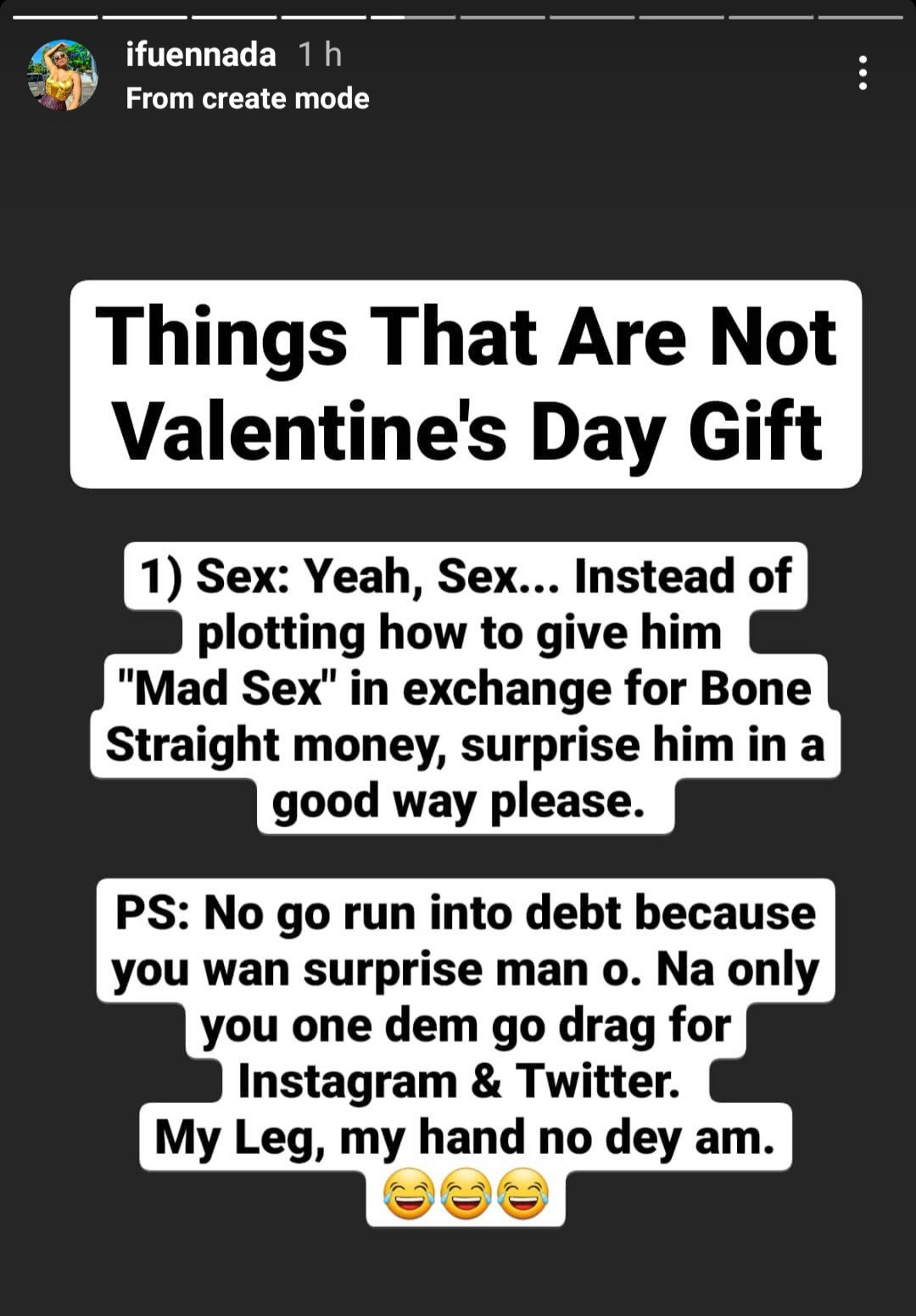 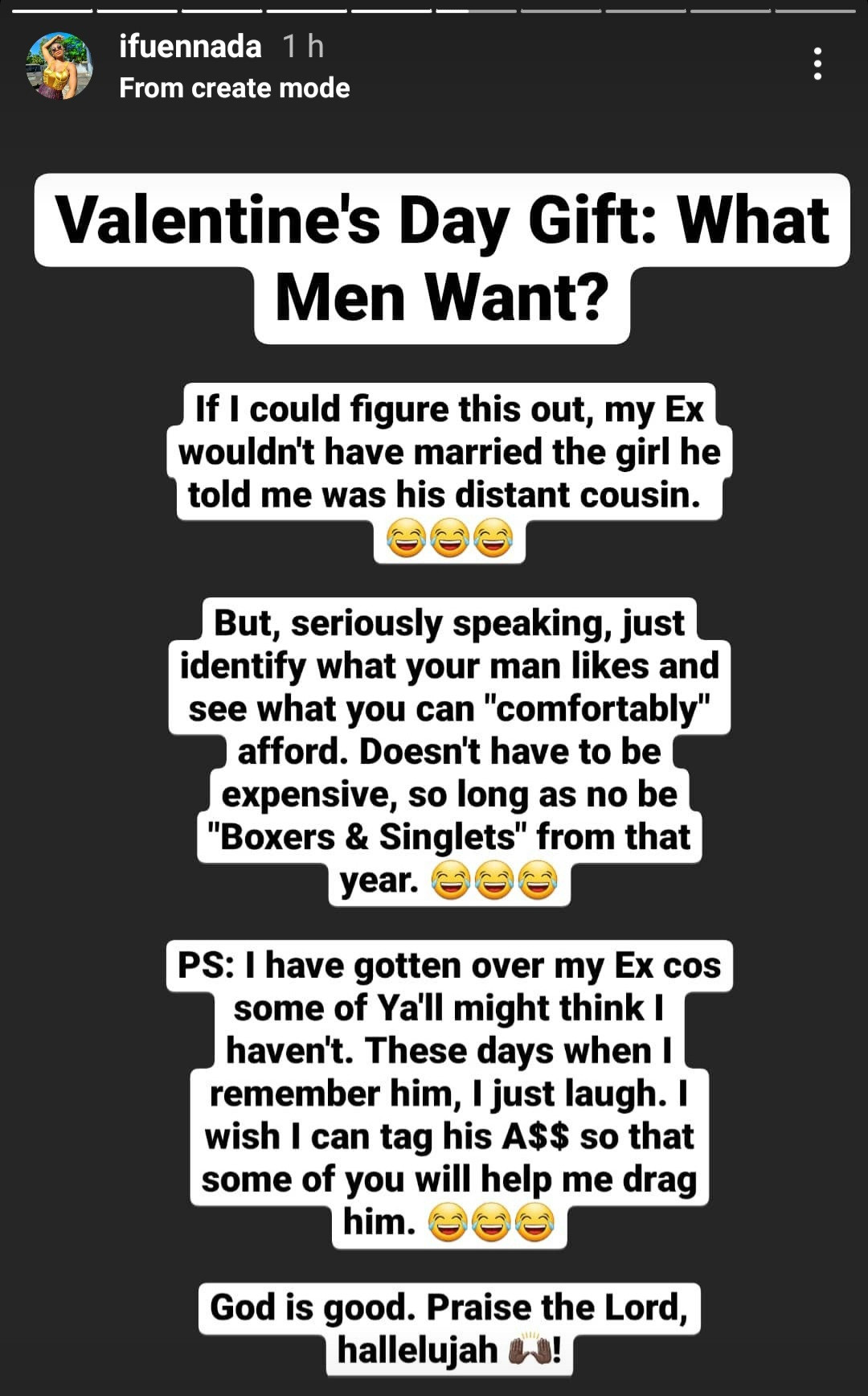 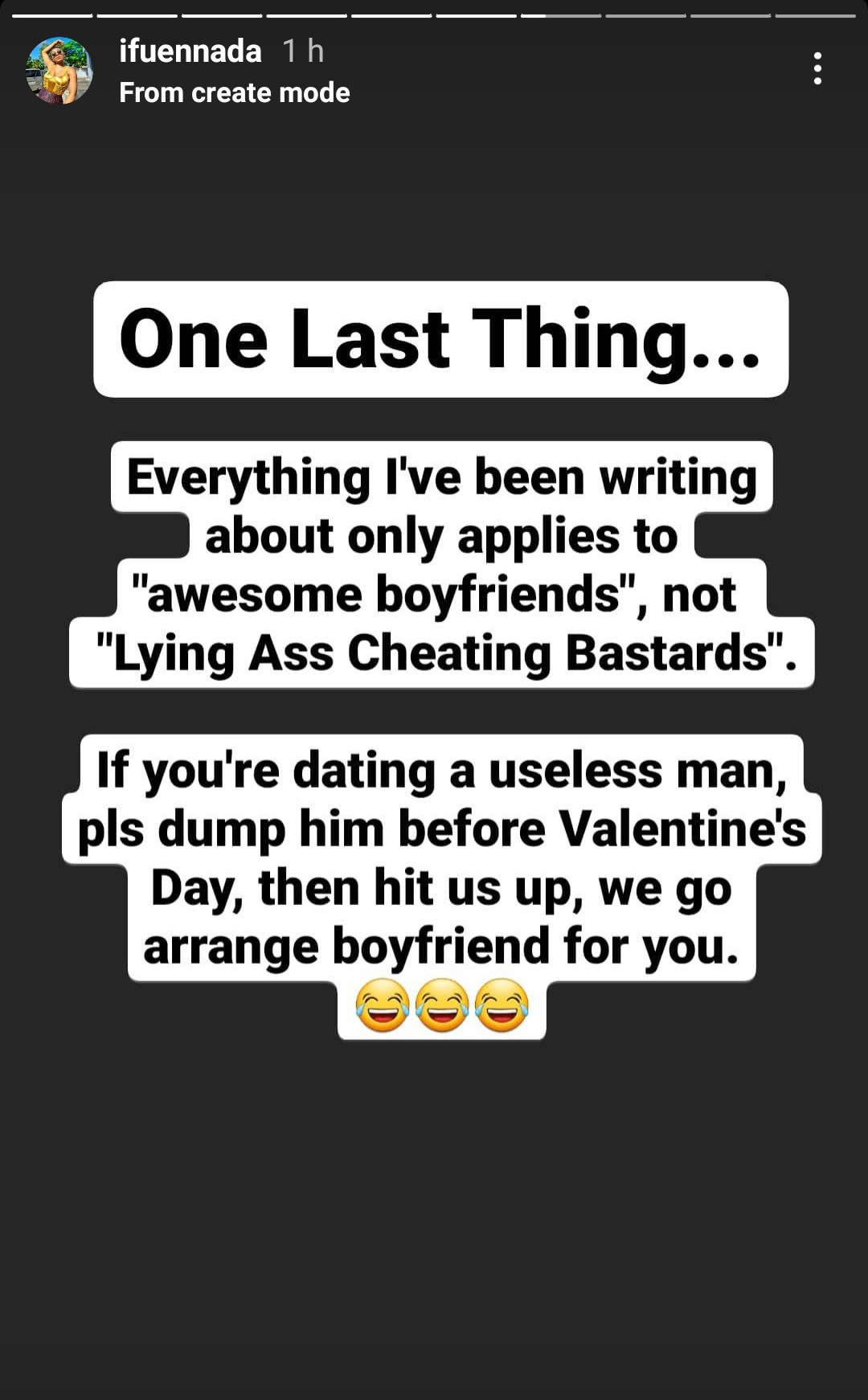 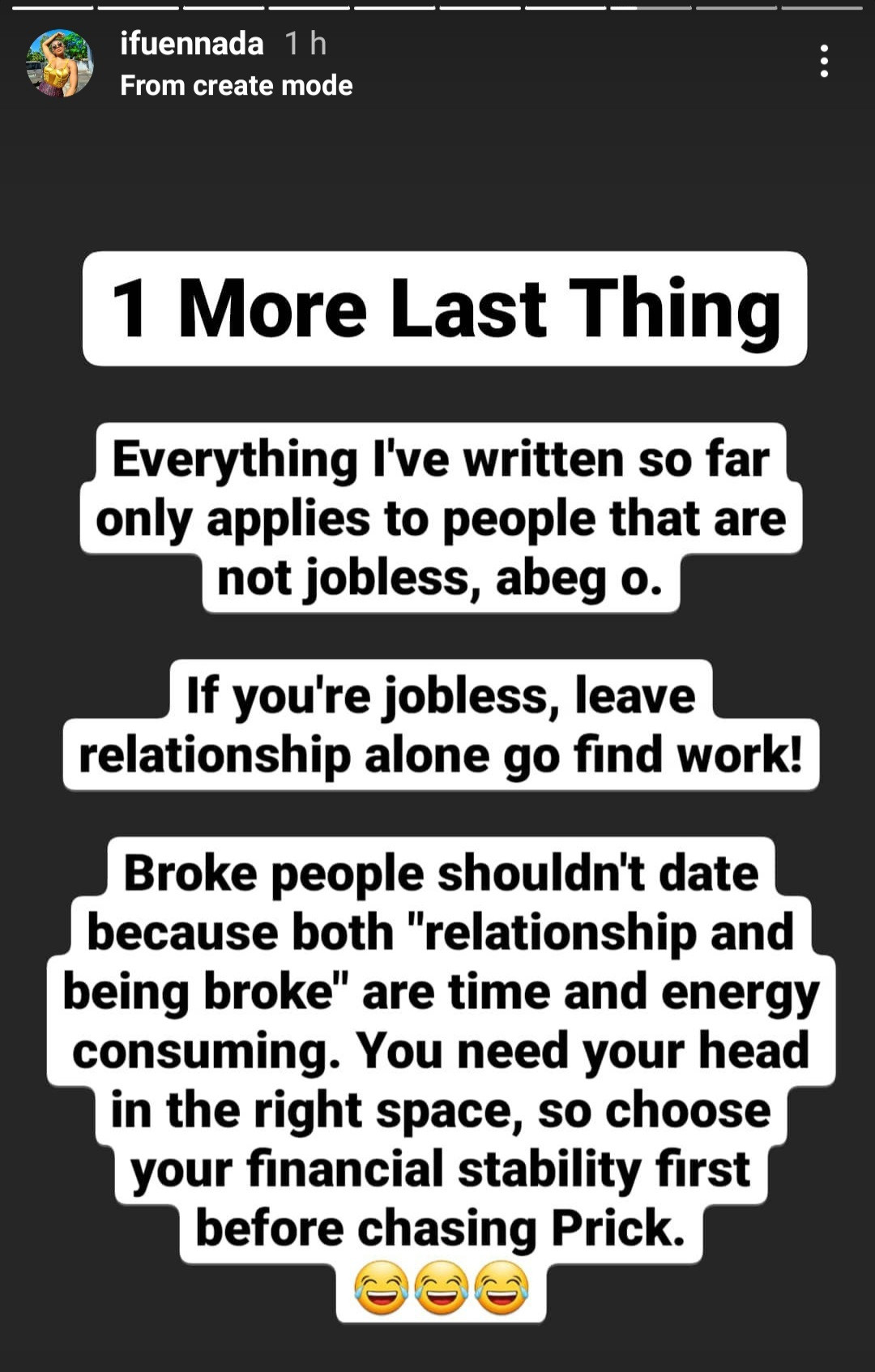