Talented Nigerian actress, Stella Damasus has replied her colleague and BBNaija star Erica, after she stated she wants to be pampered by someone. 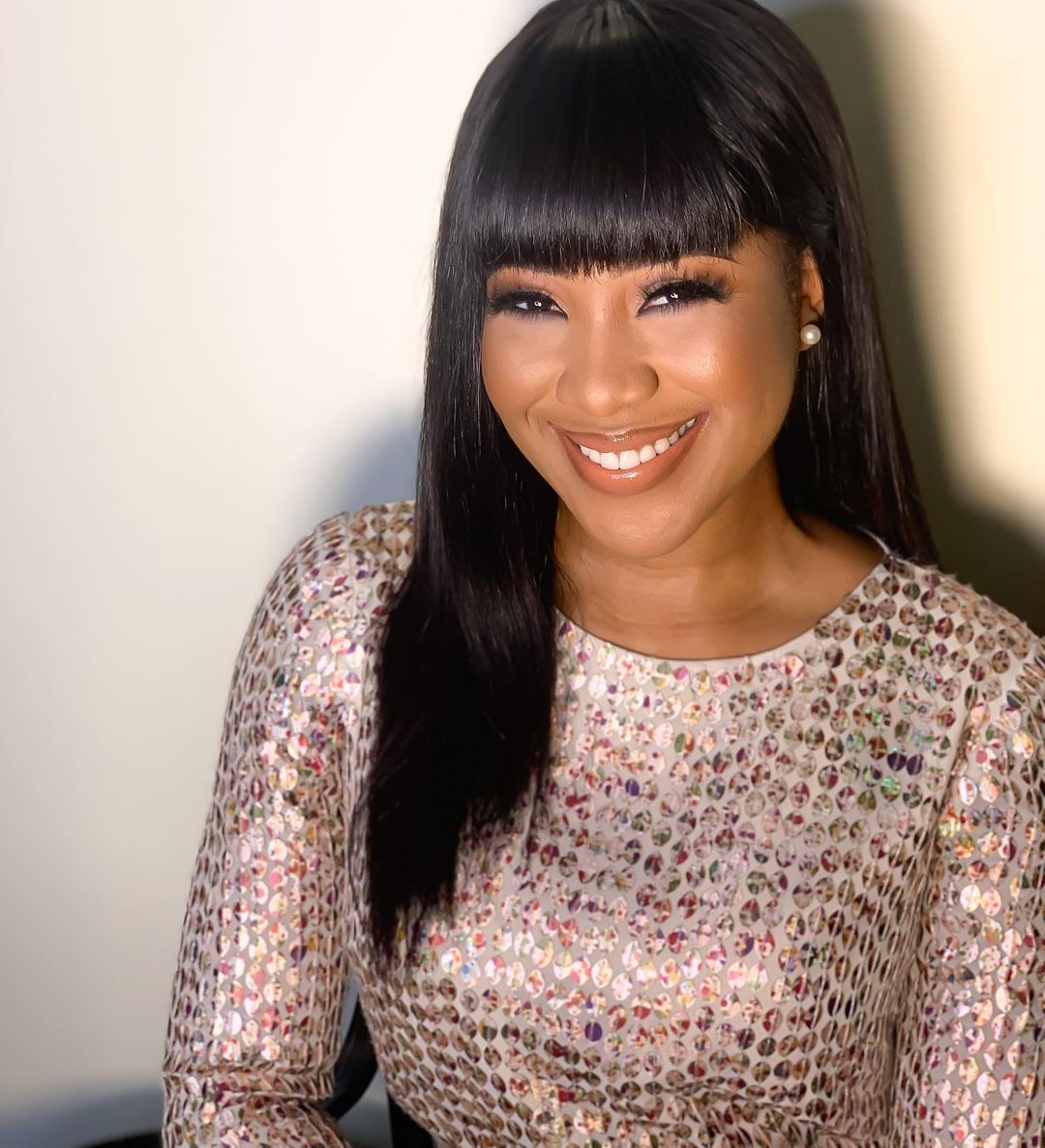 The reality star, had taken to the micro-blogging platform, Twitter to cry out that she doesn’t want to be an adult anymore, but wants to be babied and pampered by someone. 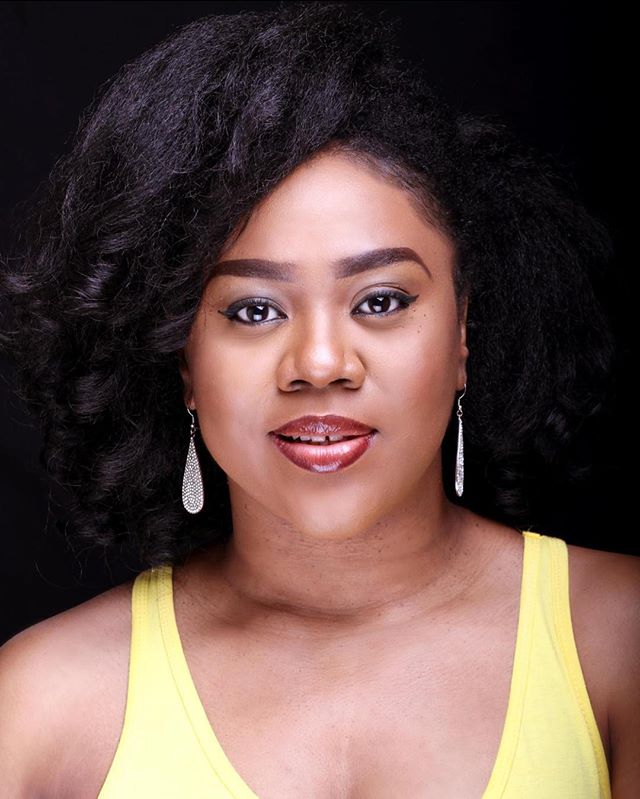 “I just want to pampered and babied by someone, I don’t want to be an adult anymore”.

In response many fans of the elites president, took to the comment section to advise her to tell billionaire son, Kiddwaya about her desire to be pampered.

However, Stella Damasus, reacting to Erica’s tweet, welcomed her to the club of people wanting to be pampered and babied.

In her words, “Welcome to the club my love”. 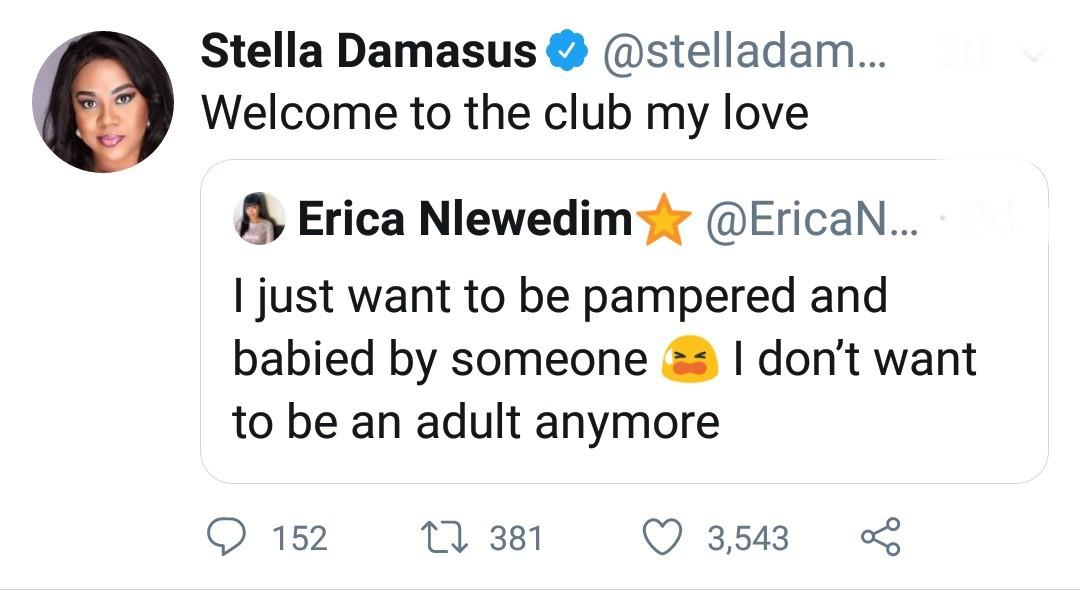 In other news, Erica recently hinted that she won’t be able to keep up with being a perfect celebrity all the time.

“I’m not going to be your perfect celebrity all the time, I’m just a regular girl. I say what’s on my mind and it doesn’t have to be because of any drama”.